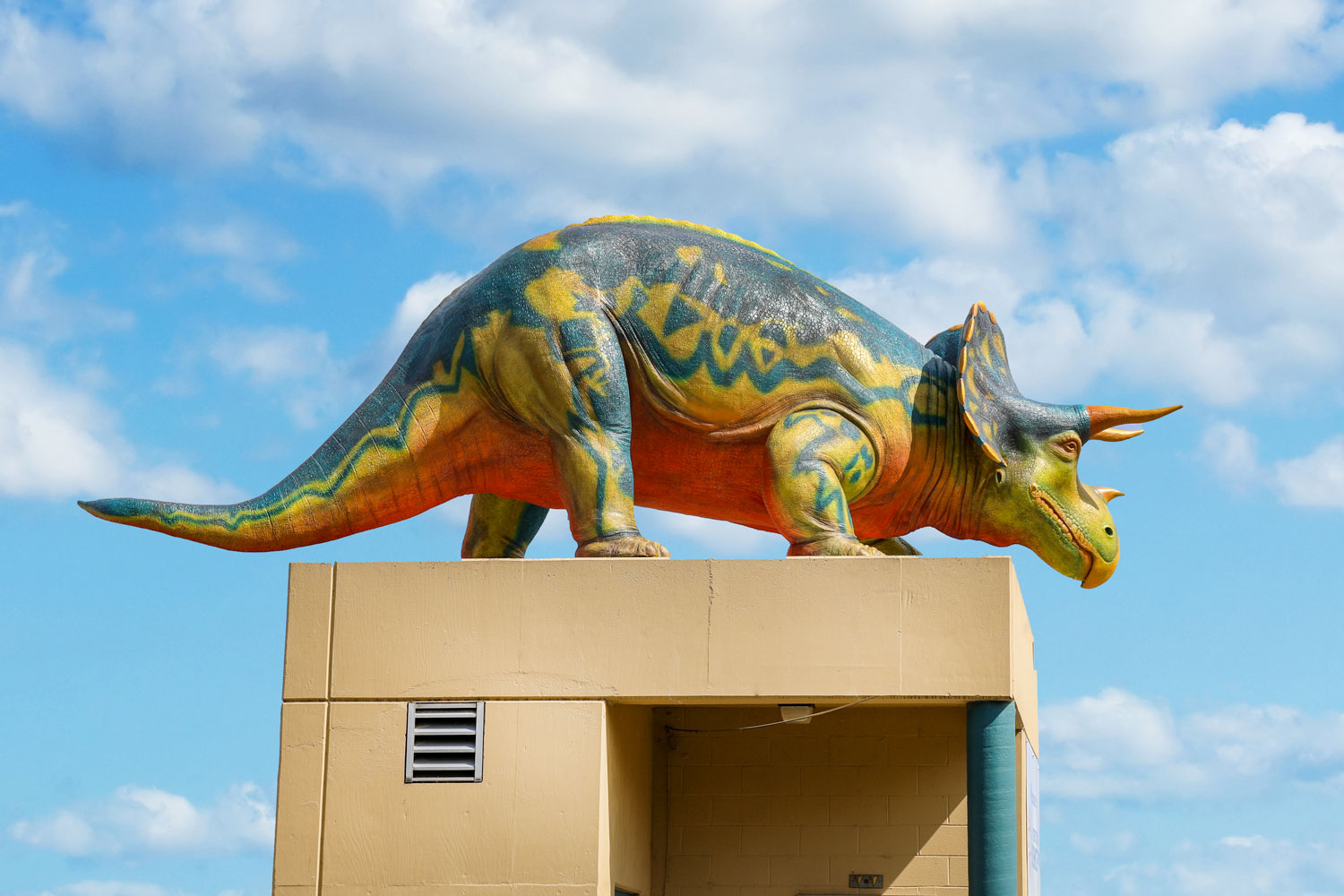 Created by sculptor Louis Paul Jonas on behalf of Sinclair Oil for the 1964 New York World’s Fair, the Lottie the triceratops was originally part of a set of nine fiberglass dinosaur figures. At the conclusion of the World’s Fair, the dinosaurs went on tour before being split up to various museums around the country. Lottie found a home here in Louisville in 1968, appearing at several locations around town before becoming a permanent part of Kentucky Science Center in 1979.

Long-time Louisvillians may remember Lottie as a fixture in the Science Center’s parking lot throughout the 1980’s and 1990’s. She even survived the 1994 flood thanks to quick-thinking staff who cut a whole in the dinosaur’s leg to prevent it from floating away as the flood waters rose. She was eventually moved to our storage facility in late-2007 to protect her from construction during the Museum Plaza project. Unfortunately, when that project was scrapped there was no money available to repair Lottie and put her back on display.

In 2022, we were thrilled to receive the funds to restore Lottie and bring her back downtown to her Science Center home. To provide Lottie with further protection from drivers (and the Ohio River), she was installed above the Kentucky Science Center parking lot elevator near the West Washington Street pedway. From this perch, Lottie is visible to museum guests as well as passing drivers on I-64, welcoming visitors to the city and encouraging everyone to Do Science.