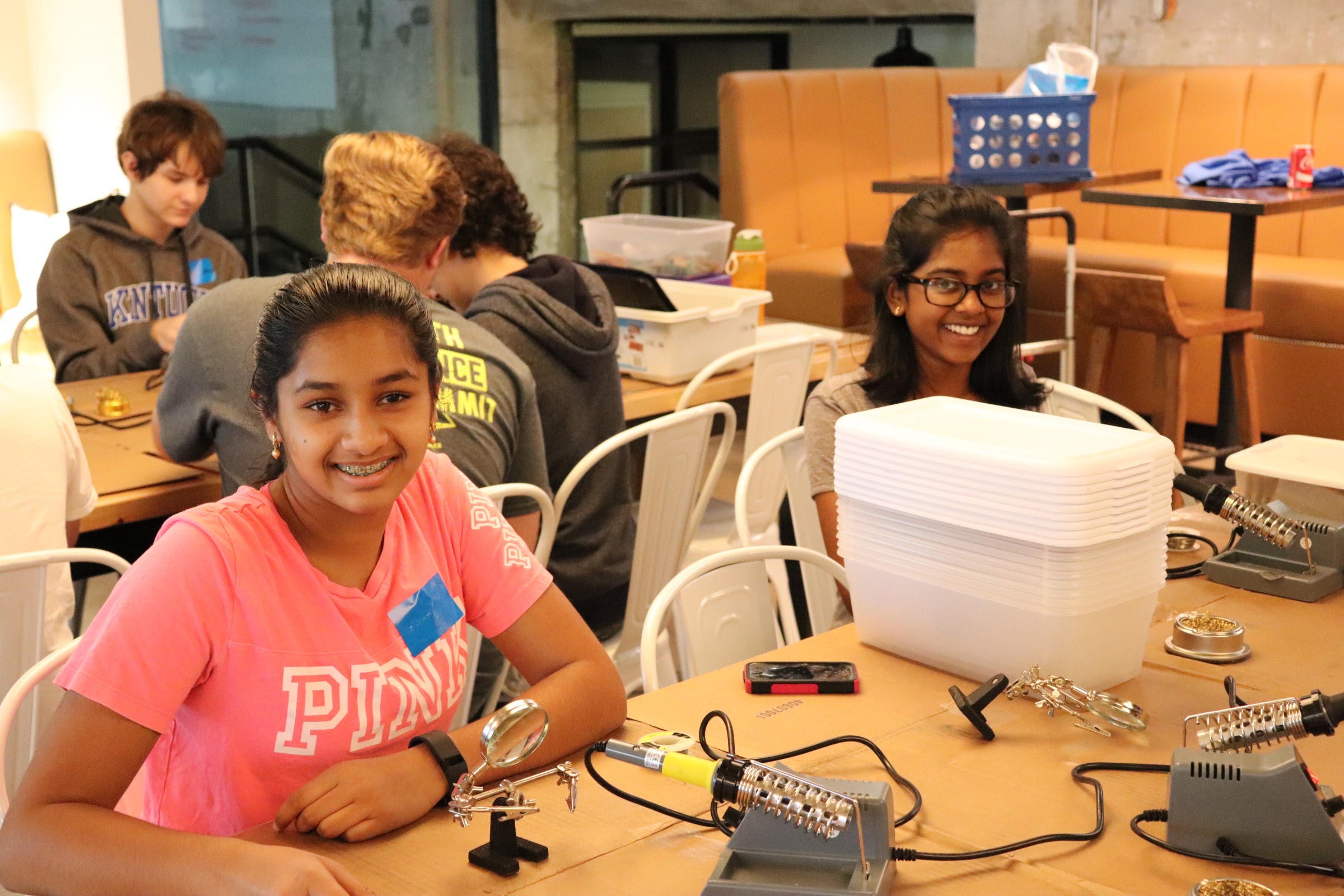 Immersive, full-day workshop experiences for Middle and High School students. Empowering young adults in Science, Technology, Engineering, and Mathematics (STEM) fields means arming them with the tools they need to bring their ideas and voices to the table; our Youth Science Summits give teens the chance to interact with and learn from industry professionals.

Meet virtually with STEM professionals who will share stories about their careers, passions, struggles, and successes. Students will get a glimpse into the wide array of careers and initiatives they can explore in the STEM field.

Natasha DeJarnett – Dr. Natasha DeJarnett is the interim associate director of Program and Partnership Development at the National Environmental Health Association (NEHA), where she leads research as well as climate and health activities. She is a graduate of University of Louisville in Louisville, Kentucky where she completed her PhD and Masters of Public Health, both concentrating in environmental health sciences. In her postdoctoral studies, Dr. DeJarnett was awarded a fellowship by the National Institute of Environmental Health Sciences to investigate cardiovascular risks of air pollution exposures. In 2015, she became the recipient of the prestigious Impact Award from the Society of Toxicology’s Cardiovascular Toxicology Specialty Section for her 2014 paper “Acrolein Exposure is Associated with Increased Cardiovascular Disease Risk.” Dr. DeJarnett was named 2017 Alumna of the Year for the University of Louisville School of Public Health and Information Sciences and concurrently awarded designation in the class of 2017 Alumni Fellows. Prior to NEHA, she was a policy analyst at the American Public Health Association, where she led the Natural Environment portfolio, including air and water exposures along with climate change. Dr. DeJarnett is an adjunct professor at George Washington University. She is a member of the Governing Board of Citizens’ Climate Education and the Board of Directors for Physicians for Social Responsibility. In addition, she serves on the Steering Committees of the International Transformational Resilience Coalition and the Emerging Leaders Initiative of the Environmental Law Institute and is a member of the Climate and Health Advisory Panel of the National Recreation and Parks Association.

Norman Seawright Jr. – SDF Asst Chief Pilot UPS Airlines- 1982 Graduate from the School of Engineering, Univ. of MS, Commissioned as 2nd Lieutenant USAF, and began Undergraduate Pilot Training (UPT) at Columbus Air Force Base, MS in April 1983. Graduated from UPT March 1984 and was trained in Strategic Air Command flying KC-135A/Q. Left the military in December 1991 and was employed with United Parcel Service, Airlines in June of 1992 as a Flight Engineer on the DC-8. Upgraded to First Officer on the Boeing 757/767 in 1995, and to Captain in 2000. Promoted to UPS in January of 2000 as a Check Airman Boeing 757/767 and in September of 2001 was promoted to Assistant Chief Pilot for Louisville Flight Operations. As a member of the Organization of Black Airline Pilots, was elected to the Board of Directors in 2002.

John Riley – Product Manager/R&D Engineer and Founder of Maker13. As one of the leading technology companies in the region Samtec is very interested in STEM education. This leads to product developments with material science new and unique ways to build the next generation of automation equipment for the products that we build. Inspiring and retaining talented people in our region helps all the manufacturing businesses. Increasing knowledge of my surroundings, inspiring my kids to looks at the world differently, and using different techniques to solve problems makes everything better. This is a big reason we designed and built the Maker Mobile and Maker13. To inspire the community to create and build whatever they can think of. This all overlaps with the mission of the science center and the programs that it does.