One World by Air Cargo 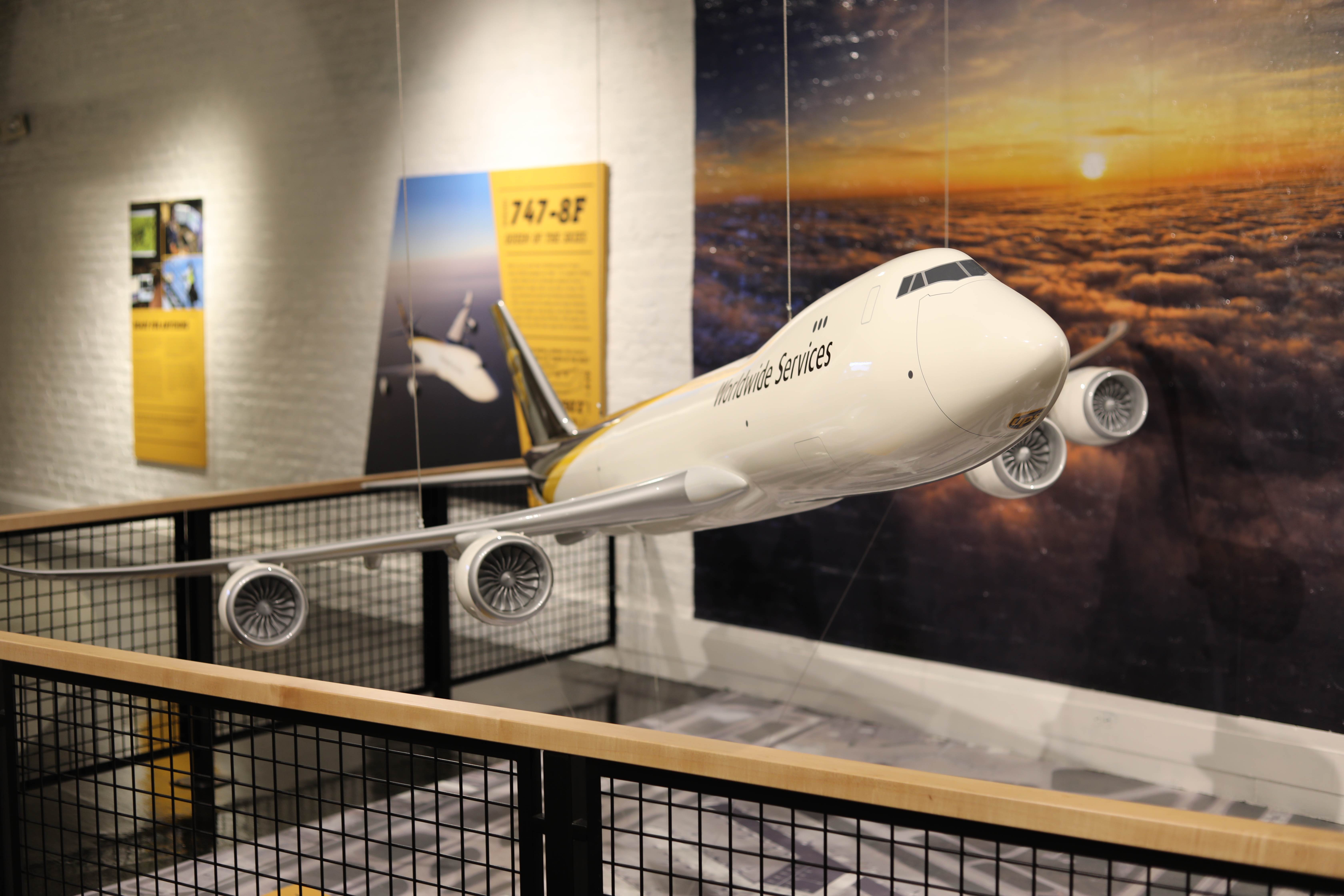 One World by Air Cargo

Presented by UPS and the Boeing Company

Get an inside look at the Boeing 747-8F, UPS’s newest aircraft and how it flies STEAM jobs into Louisville and Worldport – UPS’s international air hub in Louisville.

Inside One World by Air Cargo

About the Boeing 747-8F and Worldport

The cargo plane can move more than 307,000 pounds of cargo (about 30,000 packages) in a single flight. The plane includes an upgraded engine, wing design, and longer fuselage that make it 10% more fuel efficient, 30% quieter, and able to carry 10% more cargo than its predecessor.

The Boeing 747-8F is the main cargo plane of UPS, which includes Worldport at the Louisville Muhammad Ali International Airport. Worldport is the largest package sorting facility in the world, processing more than two million packages a day, up to four million per day during December’s peak holiday season. While automation limits human contact to one or two touches while a package is in the facility, there are still many STEAM careers involved in the facility.